Load a dataset and run queries to find the info you need to support your reporting.

Hand off to Part 2 for GROUP BY, plus COUNT and SUM

SQL lets you "ask" questions of your data. Run queries to do "background research" in your dataset so that you'll have evidence-based questions for your interviews. --Me, and everyone else at IRE

If you pick up a SQL book, you'll quickly learn about the "CRUD" concept, which stands for Create, Retrieve, Update, Delete. However, as journalists, for the most part you'll only need the R ... Can anyone guess why? (anyone? anyone?)

Hundreds of Texas dams at risk of failure

Where are evacuation plans for Ohio’s earthen dams?

Hydroelectricity is getting less reliable due to global warming

What is a query?

We run real life queries all the time. Even before you learn SQL, I'm sure you can interpret this:

We see query results all the time too. Here are typical screenshots from SportsCenter: 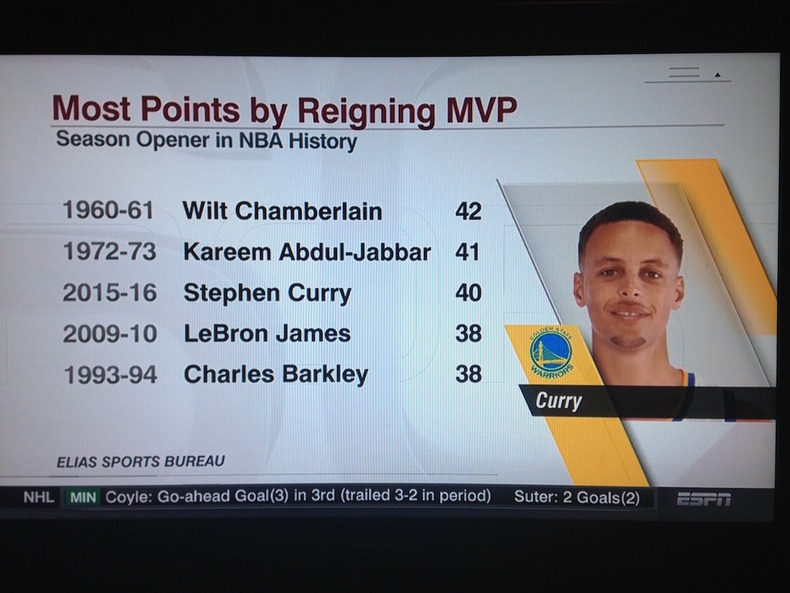 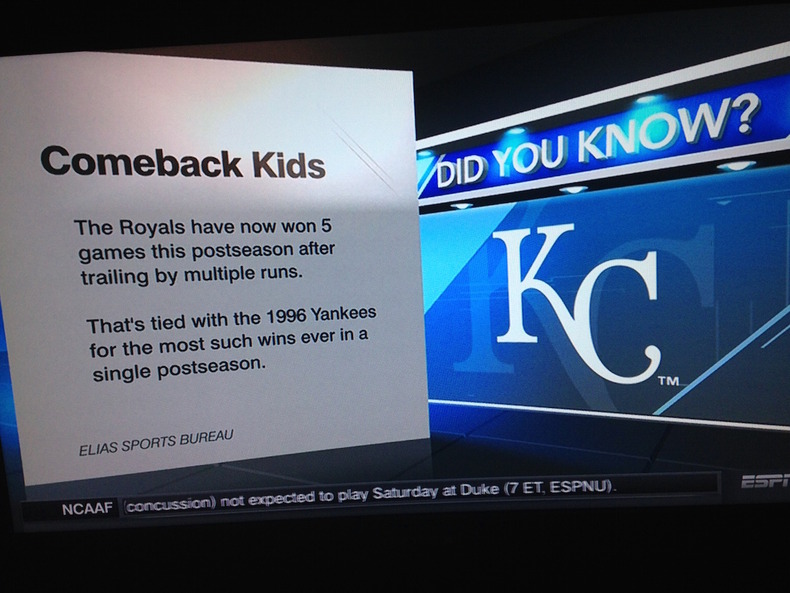 Weather or not we realize it, we think about the world and use logic in our questions that is very similar to these structured queries, so hopefully this will feel somewhat natural.

Also, pay attention to how journalists use SQL when they publish the methods they employed in investigative stories. For instance, this case study explains the research and analysis ProPublica reporters used in a piece about Surgeon Complication Rates. 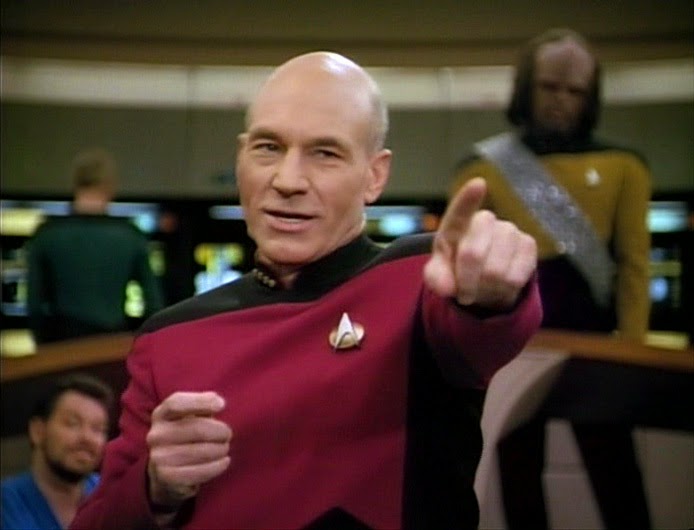 Trekkies, remember when Captain Picard would ask questions of the Enterprise's computer? He was basically running queries, yet in a super cool, voice activated way, from the Federation's version of Siri. Database Management Systems, including SQLite Manager, also let you run queries, though in a not-quite-as-cool manually typed way. But hey, it still works... any Trekkies?

SELECT means, "Hey database program, give me stuff in ____ fields."

WHERE means, "Hey database program, only give me stuff that meets ____ criteria."

ORDER BY means, "Hey database program, sort the stuff by the ____ field, then list it upward or downward."

GROUP BY means, "Hey database program, put certain stuff in this pile and other stuff in that pile."

Complex queries mean, "Hey database program, do a lot of crazy things at once, please."

Imagine you're doing a story about dam safety and you get your hands on a dataset from the U.S. Army Corps of Engineers' Nat'l Inventory of Dams (probably because you went to IRE's Dams page). Of course your mind goes to work on various questions that you'll want answered, from the serious to the curious...

Jot down your additional questions because you should know enough SQL commands by the end of session 3 to write sophisticated queries on your own.

This is the workhorse command, pretty much every query you write will begin with SELECT because it means SHOW ME stuff according to given parameters.

In the top menu, go to Tools » SQLite Manager

If a prompt asks you to reconnect dams.sqlite, click OK.

Or connect the dams database from its location on your drive

Now the task is to examine all the info that this dataset contains. But since you're not a robot, begin figuring out what's what by first referring to the dataset's definitions list. Such lists are usually provided. They might also be called a records layout or something similar that indicates an official rundown of what each of the abbreviated fields (columns) mean:

Jot down a few fields of which you'll want to see the contents, for instance, state and dam_name.

Use AS to display an alternate name or nickname for an abbreviated field in the query results.
Use LIMIT to control the number of results displayed.

Try a quick query in which you nickname the Enfrc_Auth field as Enforcement Authority and the Fed_Con fields as Federal Contractor.

FUN FACT: the SELECT command can do math

Now that we know how to grab and view a bunch of data, let's narrow our results by indicating what certain kind of data we want to see.

Use WHERE to specify a condition you want met. Use a math operator to draw a comparison.

Q1. Which NPDP dams have the highest hazard potential?

You could be more exact and change this query to show the city instead of the state. Recall...

There are different flavors of SQL with slightly different ingredients. For instance;
- SQLite's WHERE command uses a percentage sign % instead of the asterisk symbol * used in MS Access.
- In SQLite, you query dates as YYYY-MM-DD string values wrapped in quotes instead of using the number sign # in MS Access.

Q2. For your story, you want to go visit the most forgotten, neglected dam. Can you determine ahead of time which high hazard dams haven't been inspected in more than seven years?

TIP: Find this AND/OR that

You can use AND to specify a second condition. You can use OR to differentiate conditions.

ABC% finds a string that starts with 'ABC'.

%XYZ finds a string that ends with 'XYZ'.

%LMNOP% finds a string that contains 'LMNOP' within it.

Imagine you know that the dam you're interested in has the word "Memorial" in its name but you can't recall the rest of the name. You could use a wildcard to query the dataset for that word to see what results you get:

This query result is a great example of finding a tiny needle in this big ol' haystack because on one hand, only one of these results, Craig Memorial, is a high hazard dam, while on the other hand, only one of them even has an inspection date, Mills Memorial. So depending on your story angle, you've narrowed your findings down to one dam out of 2,482.

Use ORDER BY to filter results downward or upward (i.e. descending or ascending).

Q3. Which dams are potentially dangerous, forgotten, and also over 40 years old?

Q4. Who owns each of these dams?

Direction can be relative, like what's downtown from you might be uptown from me, so to minimize confusion, SQL describes direction with these specific examples:

ASC is the default sorting order and is optional to include

Q5. Which of these dams does NOT have an EAP?

These are the data set's numeric fields:

This brings up a good point: compare "Roanoke" to "Roanoke River"

Dams with no action plan

Are fruit market assortments more like ORDER BY or GROUP BY?

How about the world's tallest buildings?

Excel vs. Databases
Great explanations about when to use SQL, especially if you're familiar with Excel.
http://schoolofdata.org/2013/11/07/sql-databases-vs-excel/

Tech on the Net
Online tutorial to help you become proficient in SQLite and its programming language.
http://www.techonthenet.com/sqlite/

Khan Academy
This course covers how to use SQL to store, query, and manipulate data.
https://www.khanacademy.org/computing/computer-programming/sql

DataMonkey
The folks behind WebMonkey tutorials bring you an interactive course for learning SQL and Excel for data analysis that is focused on queries, formulas and stats analysis.
http://datamonkey.pro

W3Schools
This SQL Tutorial addresses how to access and manipulate data in various database systems.
http://www.w3schools.com/sql/default.asp

Learn SQL the Hard Way
This online book teaches you the 80% of SQL you probably need to use it effectively, and will mix in concepts in data modeling at the same time.
http://sql.learncodethehardway.org/book/introduction.html

Lynda.com
SQL Essential Training offers a solid working knowledge of the language and shows how to retrieve and manage data efficiently.
http://www.lynda.com/SQL-tutorials/SQL-Essential-Training/139988-2.html

IRE/NICAR
Your membership grants you access to databases as well as video tutorials on mapping, visualization and data tools.
http://ire.org/nicar/

Use this SQLite Manager tool to work on your own dataset. Follow the steps below to import your data and convert it from .csv or .xls file types into the .sqlite format:

Check out Part 2 of this intro to SQL here:
https://malik.silvrback.com/sqlite-lesson-2

This update link alerts you to new Silvrback admin blog posts. A green bubble beside the link indicates a new post. Click the link to the admin blog and the bubble disappears.